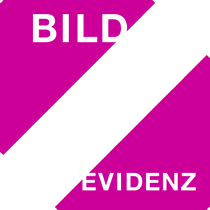 The research group BildEvidenz. History and Aesthetics, funded by the Deutsche Forschungsgemeinschaft (DFG), is investigating one of the oldest and most fundamental aspects of scholarly reflection on images and pictures, that is to say, the structures and processes involved in the generation of Evidenz. Pictorial Evidenz, which is not congruent with the English term evidence and therefore is retained here as a technical term in German, is a fundamental aesthetic category, which not only covers processes for representing reality but also constitutes a genuine, visual presence in its own right. Images and pictures are neither innately comprehensible as self-reflexive generators of meaning nor are they merely decipherable systems of signs. Rather, their significance arises from their capacity to be both autonomous and heteronymous. This twofold determination of any picture is fundamental to our research, for it is only in the interaction of a picture’s relation to reality and its own reality that its function and significance can adequately be discerned and described.

The aim of our research group is to explore the various historical and aesthetic forms and functions of this interaction by undertaking specific case studies ranging from the art of the Middle Ages and the Early Modern Era to contemporary picture production and art. In so doing the intention is to discover anew the historical complexity of Evidenz as a pictorial category and, at the same time, to open up a viable conduit between historical observation and aesthetic exploration, between concept and contemplation. The main pillars of the research group are the research projects led by our two Directors and our doctoral and post-doctoral Researchers; these are enhanced by ongoing interaction with our Associated Members and scholars participating in our international Fellows Program.